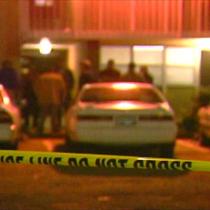 The LSU Police Department is investigating a double homicide that took place on LSU’s campus late in the evening on Thursday, Dec. 13. The homicides occurred at the Edward Gay Apartments, located near the intersection of West Roosevelt Street and Gov. Claiborne Drive, adjacent to the LSU Band practice field.

The victims, Chandrasekhar Reddy Komma and Kiran Kumar Allam, were both male Ph.D. students at LSU, and both were international students. The students were found inside an apartment at the Edward Gay complex.

LSUPD is currently working the case, with assistance from the Baton Rouge Police Department, but no suspects have been identified. Therefore, university officials are urging the LSU community to use caution when moving about campus this morning.

The initial call to LSUPD came in at 10:37 p.m. as a medical emergency. Officers and medical personnel were immediately dispatched to the scene, assessed the situation and notified their supervisors at LSUPD. Those supervisors then contacted university officials, who rushed to campus, gathered the latest information and sent out an emergency text message to members of the LSU community who had previously registered their cell phones with the university’s emergency text-message system. University officials also sent out a broadcast e-mail to members of the LSU community, sent a broadcast voice message to all campus phones and posted a message to the LSU Web site.

The LSU Web site, www.lsu.edu, will continue to be updated as more information becomes available. If anyone has information on this homicide, please contact LSUPD at 225-578-3231.