You are here: Home » celebrities » Lindsay Lohan in Liz & Dick 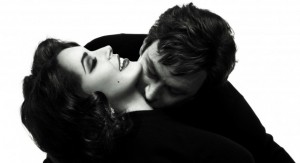 Lindsay Lohan will be playing in the new Lifetime TV movie Liz & Dick which began filing in June 2012. Lindsay will play the role of Elizabeth Taylor along with Grant Bowler playing her husband, Richard Burton. The movie portrays the life of Taylor and Burton and focuses on their love including their turbulent and public relationship. Taylor and Burton met on the set of the film Cleopatra. They both left their respective spouses to marry, get divorced, and later re-marry.

Lindsay Logan has said the following regarding her new role: “I have always admired and had enormous respect for Elizabeth Taylor. She was not only an incredible actress but an amazing woman as well. I am very honored to have been asked to play this role.”

There has already been some drama around the set of Liz & Dick including Labor Union investigations into reported cases of exhaustion by cast and crew members. This came after paramedics were called to the hotel room of Lindsay Lohan on Friday, after she was found unresponsive. Lohan had suffered exhaustion and dehydration and blamed the “grueling schedule” of the Liz & Dick production. 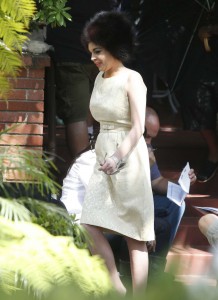 How well do you think that Lindsay Lohan will be able to play the part of Elizabeth Taylor on Liz & Dick?