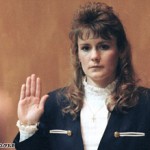 Pamela Smart is serving life in prison for getting teen lover to kill her husband in 1990. WARREN, Maine—William Flynn has a wife and teenage stepdaughter, is a member of the Jaycees and likes to play softball. He sounds like a good suburban neighbor. But Flynn’s home is a cell at the Maine State Prison, where he’s serving a 28-year-to-life sentence in the notorious Pamela Smart murder case. Flynn was 16 and having an affair with Smart when he shot … Continue reading →

Martin Luther King Jr. Day Celebrated – I Have A Dream

Today honors the birthday of the Rev. Martin Luther King Jr., the civil rights leader whose moral leadership and soaring oratory led the United States toward the legal abolition of segregation and racial discrimination. He was assassinated in April 1968, but his words live on. Perhaps best known is his “I Have a Dream” speech, delivered in 1963 as he led the massive March on Washington. A year later, he received the Nobel Peace Prize. Martin Luther King Jr. Day … Continue reading →

SCOTTSDALE, Arizona – An 800-horsepower Shelby Cobra, once the personal car of the racing veteran who developed the iconic vehicle, has sold for $5.5 million at auction, a record for an American car. The sale of the 1966 Shelby Cobra “Super Snake” brought a packed house to its feet Saturday at the Barrett-Jackson Collector Car Auction after a pair of bidders drove the price up. Carroll Shelby, 84, who created the Cobra in the ’60s using Ford engines and … Continue reading → 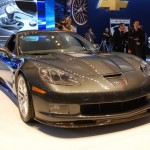 The first 2009 Corvette ZR1 just sold here on big money day at the big BJ auction for $1,000,000 with a little help from GM’s best bud, Jay Leno to Dave Ressler. Although the money’s all going to the United Way, we’re wondering what this’ll mean for the mark-up on the sticker price we’ll see for this already $99,000 two-seat supercar. And keep in mind we still don’t know what the final number will end up being on horsepower … Continue reading → 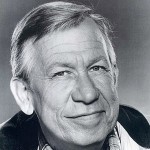 llan Melvin, a popular character actor who played Cpl. Henshaw on the classic 1950s sitcom “The Phil Silvers Show” and later portrayed Archie Bunker’s neighbor and friend Barney on “All in the Family,” has died. He was 84. Melvin, who was in the original Broadway cast of “Stalag 17” in the early 1950s, died of cancer Thursday at his home in Brentwood, said his wife of 64 years, Amalia. During his five-decade career, Melvin made guest appearances on numerous TV … Continue reading →