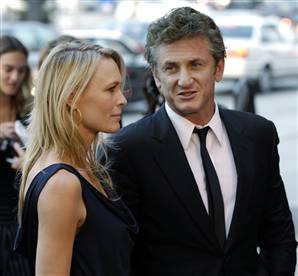 NEW YORK – Sean Penn and Robin Wright are splitting up.

Their publicist tells People magazine’s Web site that Penn and Wright are divorcing after 11 years of marriage. She didn’t say why.

Penn and Wright have two children. Hopper Jack is 14 and Dylan Frances is 16.

People.com reports that Penn, 47, and Wright, 41, began dating in the early ’90s and married in 1996. They also have starred together in several films, including 1998’s “Hurlyburly” and 1997’s “She’s So Lovely,” directed by Nick Cassavetes.